We have heard “a dollar saved is a dollar earned,” and given the current economic environment, my readers have a few common questions like “what is the cost to save that dollar?” or “what is the tax impact if I move to the U.S. or out of the U.S.?”

In the language of tax, the answer is your tax cost depends on the country of your “residence.” The determination is primarily in how the domestic tax legislation defines “residence.” Still, where you are a resident of two or more countries, tie-breaker rules under the tax treaty apply to determine your country of residence. The relevance is that the country of your residence generally has the right to tax you on your worldwide income; therefore, you should consult an advisor.

If domestic tax legislation defines “residence,” what is the relevance of tax treaties?

Before dwelling directly on the India-U.S. DTA, let’s read the definition of “residence” under the Indian and U.S. federal tax legislation.

Section 6 of the Income Tax Act, 1961, states about residence in India. An individual is an Indian resident if the below conditions are satisfied during the financial year (i.e., from 1st April to 31st March of the following year):

Please note that beginning 1st April 2021, an Indian citizen (who is not liable to tax in any other country because of their domicile or residence or other criteria of a similar nature) and earns Indian sourced income exceeding INR 1.5 million (~USD 18,000) is considered to be an Indian resident.

An individual is ‘not ordinarily resident’ of India in a financial year where they have been:

An individual automatically becomes a U.S. resident upon becoming a U.S. green card holder. There are peculiarities concerning the ‘start date’ of individuals moving to the U.S. to become green card holders; discussing this with your advisor is essential.

An individual will be regarded as a resident alien in terms of the substantial presence test (SPT) if they meet the following requirements:

The regulations further clarify certain peculiar aspects to determine an individual’s residency. Further, where an individual resides in the U.S., residency should also be determined under the applicable State tax legislation.

A tax treaty, in general, intends to benefit the taxpayers of the countries entering into such a convention or agreement. The manner to avail of the benefit is often stated under the domestic tax legislation of a country and might be self-executive or need additional action for its application. The objective of the tax treaties is the elimination of double taxation. Article 1 of the India-U.S. DTA identifies citizens or permanent residents of India or the U.S. whose obligations are affected by the tax treaty application.

Article 4 of the India-U.S. DTA defines an individual as a ‘resident’ of a country under domicile, citizenship, residence, place of management, place of incorporation, or any other criterion of a similar nature and limits its application concerning income sourcing rules in a country. It further contains tie-breaker regulations to be applied where an individual is a resident of both the U.S. and India. The tie-breaker test is used as under:

It further limits or restricts the source country to tax certain income and requires an individual’s country of residence to provide tax relief either by way of a foreign tax credit or an exemption for the foreign-source income.

In understanding the terms “permanent home,” “habitual abode,” and “personal or economic relations” to establish a closer connection, reference is drawn from the OECD Model Tax Convention and UN Double Tax Model Convention.

Albeit the above residency rules under the India-U.S. DTA, the ‘saving clause’ under Paragraph 3 of Article 1 of the India-U.S. DTA preserves India and the U.S. with a right to tax its citizens and permanent residents as if there is no tax treaty benefit. Therefore, once an individual becomes a U.S. citizen or permanent resident, the tax treaty benefit is unavailable.

The interpretation of the “residency” rules under the India-U.S. DTA requires deep analysis, and a cross-border tax advisor should be consulted with applying the tax treaty to the facts and circumstances of your situation.

Asena Advisors focuses on strategic advice that sets us apart from most wealth management businesses. We protect wealth.
Contact

What to ask and provide your advisor in determining your residence?

Our team of international tax specialists at Asena Advisor has in-depth knowledge of interpreting international tax treaties and ascertaining their applicability to your specific circumstances. Please contact Janpriya Rooprai, Head of the US-India Tax Desk, for more information. 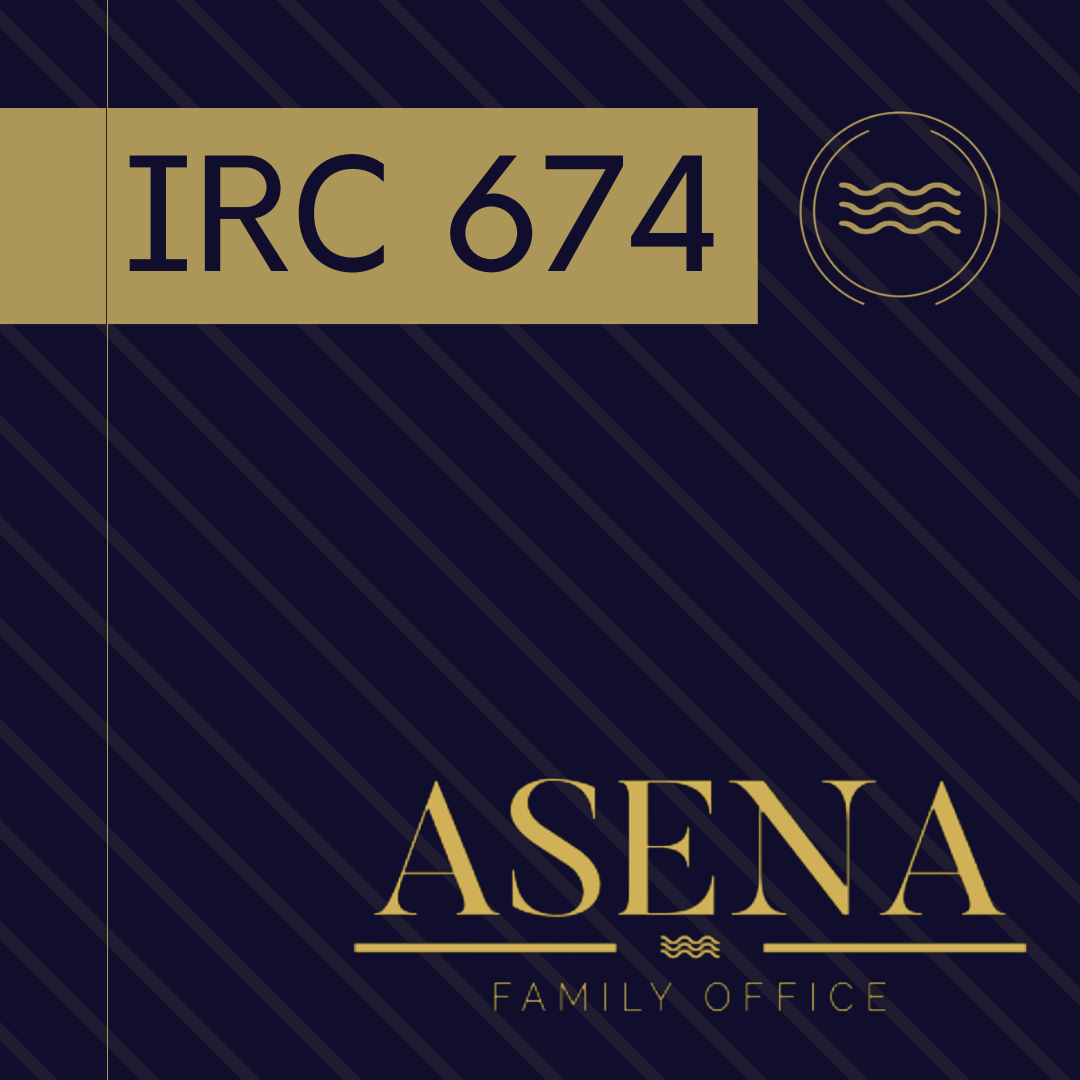 After covering Section 675 of the Internal Revenue...

After covering Section 675 of the Internal Revenue...